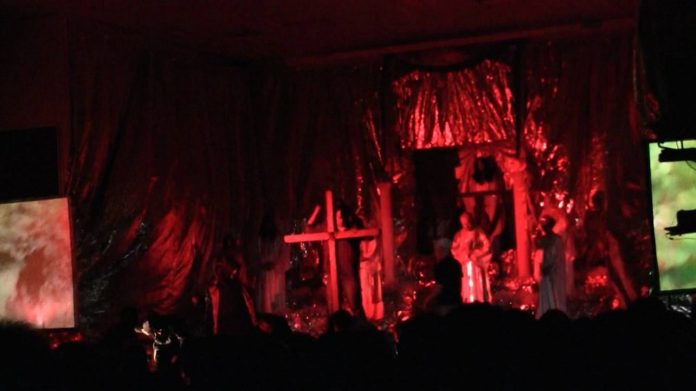 You know it. As stated on the church of Satan website:

The Church of Satan was created by our late High Priest, Magus Anton Szandor LaVey on Walpurgisnacht 1966 c.e. (common era). He declared 1966 as Year One, Anno Satanas. Since that date, the Church of Satan and Anton LaVey have become household name, at times through misinformed or outright libelous claims, but often through respect and admiration from those who have come to admire his rational philosophy.

Our members champion personal development and rejection of herd conformity, and thus each Satanist finds his own unique path to self-deification.

Despite our long, successful, and well documented history, there are often questions and confusion spurred by misinformation. Let these pages educate you on the facts.

The Nine Satanic Statements originally appeared in The Satanic Bible, 1969.

Head on over to the church of Satan here, and burn your eyes out.