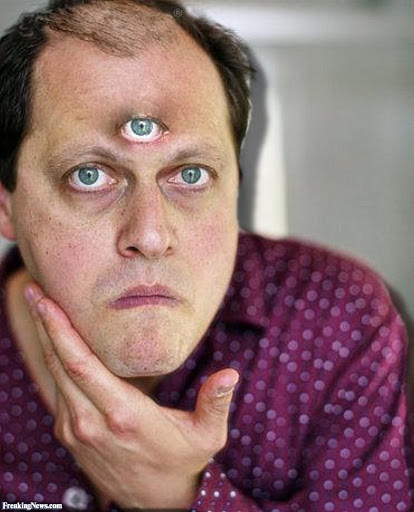 Bill Durks (1913-1976), was named the “Man With Three Eyes”. It was pretty much a lie. You see, his third eye was painted on with make-up. But, no matter, he was unique-looking enough to begin with. He had a condition known as frontonasal dysplasia, which means, he had a split face, a cleft mouth, and a nose that was separate in two parts. His eyes, that sat far apart, had been closed since he was born. They had to be surgically opened, and even then, only one of them worked.