Home Bizarre YOU WON'T BELIEVE WHAT THIS PAINTING SOLD FOR...
BizarreCelebritiesEntertainment

YOU WON’T BELIEVE WHAT THIS PAINTING SOLD FOR… 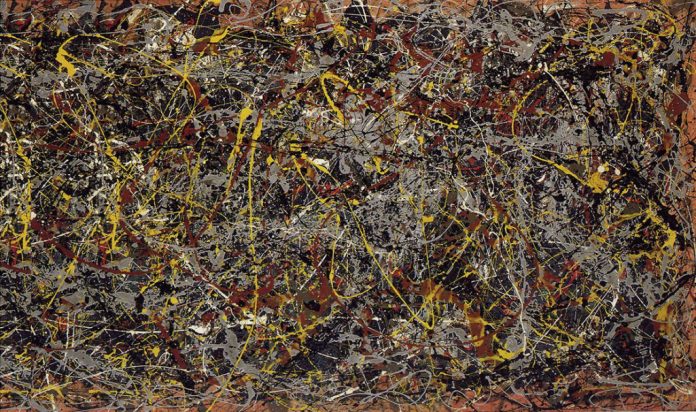 I’ll give you one guess…

Paul Jackson Pollock was an American painter and a major figure in the abstract expressionist movement. He was widely noticed for his technique of pouring or splashing liquid household paint onto a horizontal surface, enabling him to view and paint his canvases from all angles.

It was also called ‘action painting’, since he used the force of his whole body to paint, often in a frenetic dancing style. This extreme form of abstraction divided the critics: some praised the immediacy of the creation, while others derided the random effects.

No. 5 was done on an 8′ × 4′ sheet of fiberboard, with thick amounts of brown and yellow paint drizzled on top of it, forming a nest-like appearance, or the classic “drip”.