Home Bizarre THE MYSTERY OF THE SILVER MONOLITH FOUND IN THE UTAH DESERT SOLVED!
BizarrePlaces

THE MYSTERY OF THE SILVER MONOLITH FOUND IN THE UTAH DESERT SOLVED! 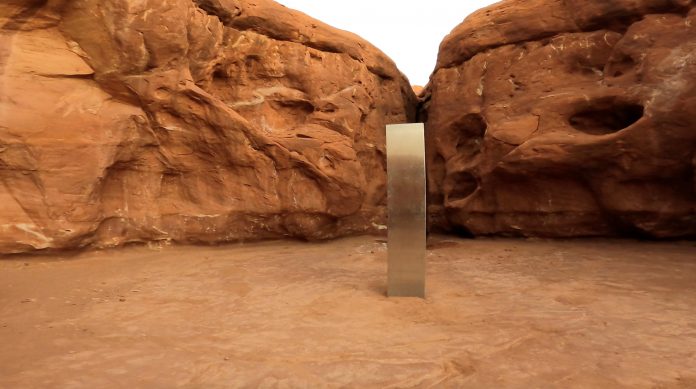 It’s been huge news since discovered on November 18th, 2020… A huge, 12 foot tall silver monolith was found by helicopter in the Utah desert, and the origins are baffling. 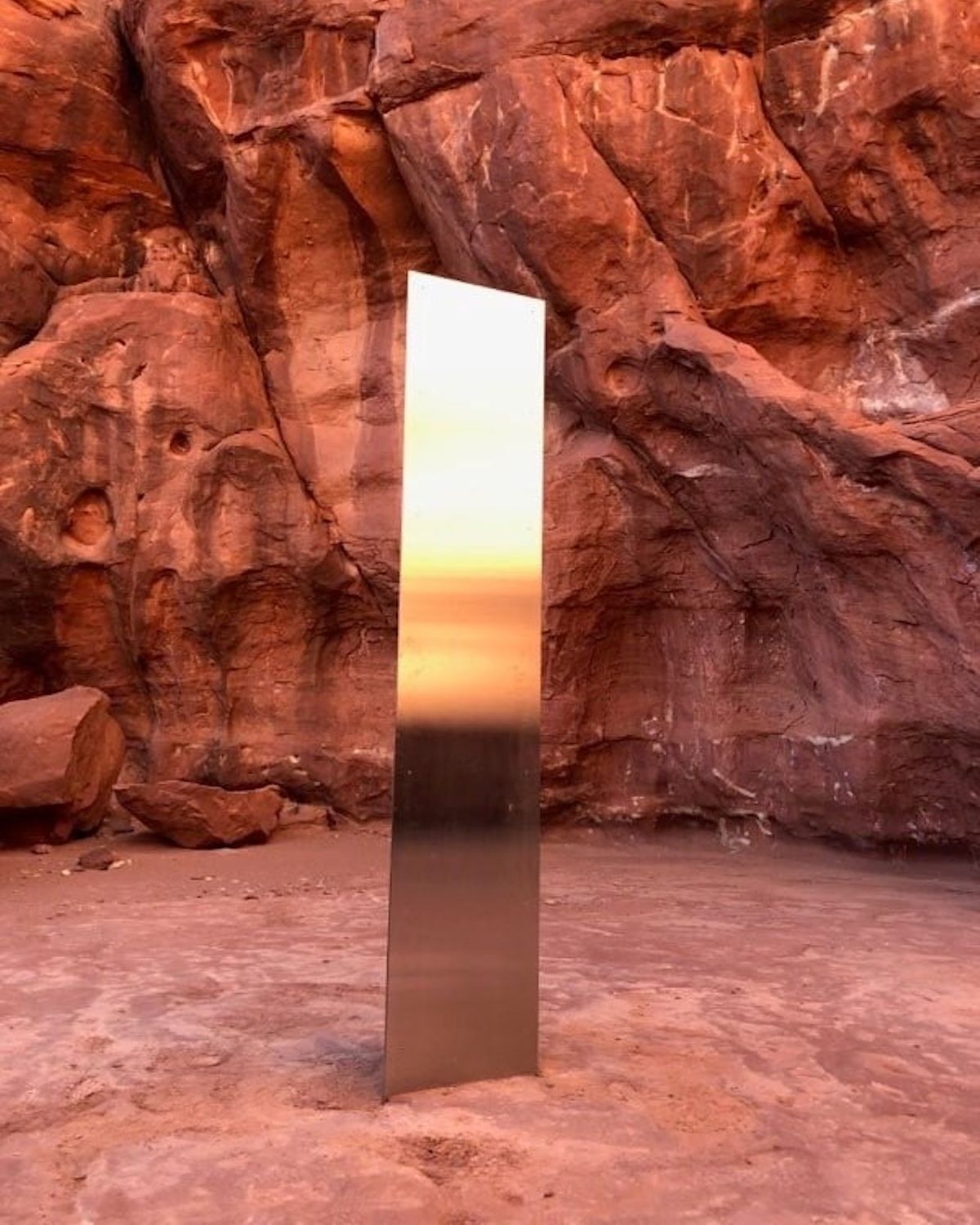 No one knows how it got there (it’s almost impossible to hike to, let alone drive), or how long it’s been there. Some speculate from the 1940’s or 1950’s, but satellite photos of the area from 2015 show it was not there before. 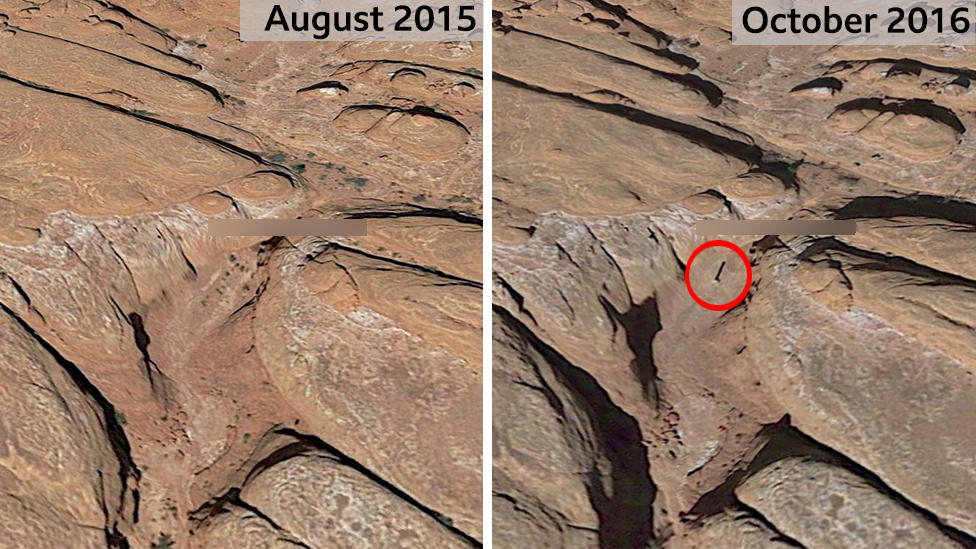 So was this unidentified object planted by aliens? Dropped from a UFO? Or is it a man-made creation, carried across the desert? And why?

It’s a huge mystery that’s taken the internet by storm.

The object is a triangular prism, not magnetic, but hollow inside. 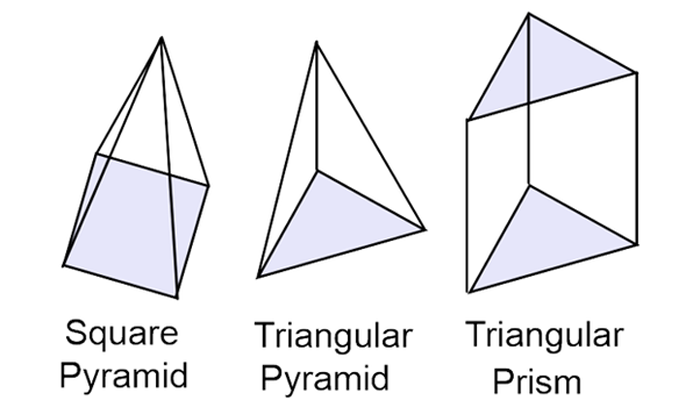 Triangular prisms like this are great for one scientific reason… to understand light spectrum better. 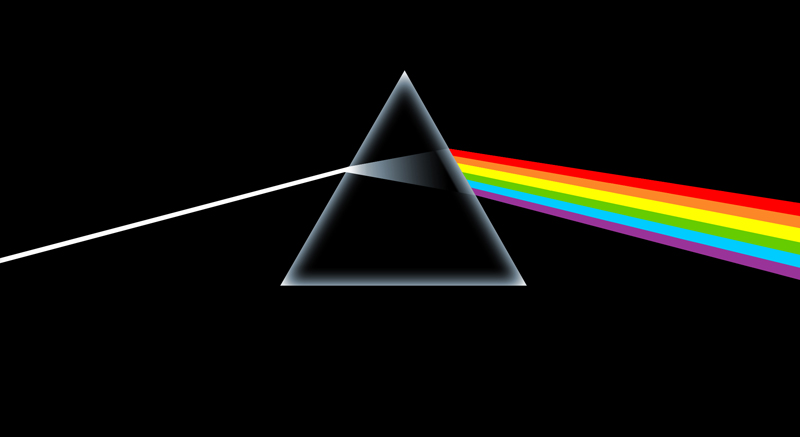 When light passes through objects like this, they separate into the colors of the rainbow, giving dispersion (like a diamond). These are also perfect for Chakra as the main crystal for activating your crown, giving one clarity and consciousness.

But this silvery item was not transparent, only reflective.

Is it some secret code to the universe? Something buried much deeper in the desert? The tip of an iceberg? Or is it a beacon of some sorts? A sign?

It could be, because the corner of the object was pointed towards a narrow gap in the canyon wall. So what’s buried behind the wall? A spaceship? Roswell artifacts?

What’s even crazier is this…

The monolith has since disappeared!

That’s right. It vanished overnight on Thanksgiving; November 26th (as stated by the Utah Bureau of Land Management). All that’s left is this… 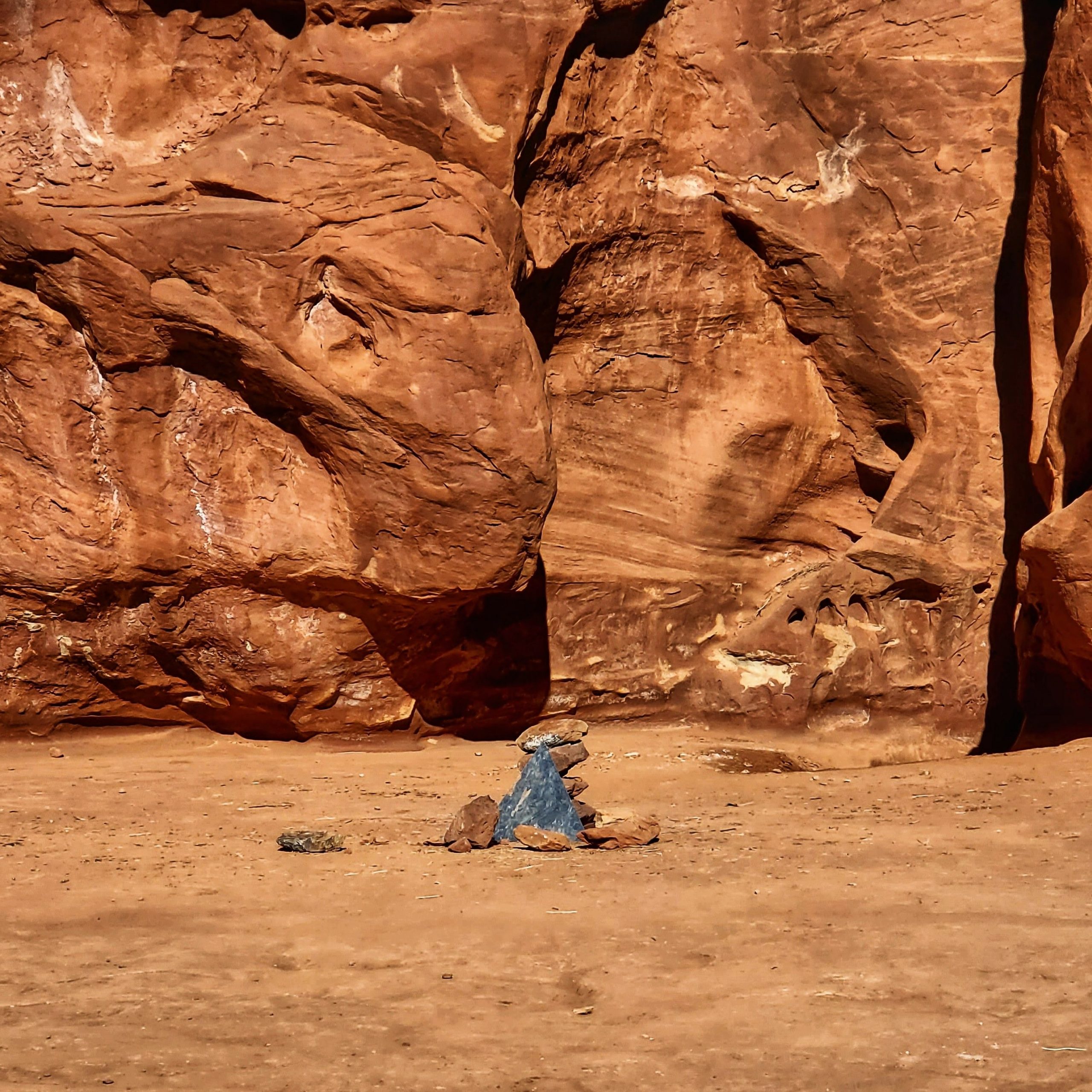 A pile of questions!

But what’s even weirder is what happened next…

Another twin monolith appeared in Romania! 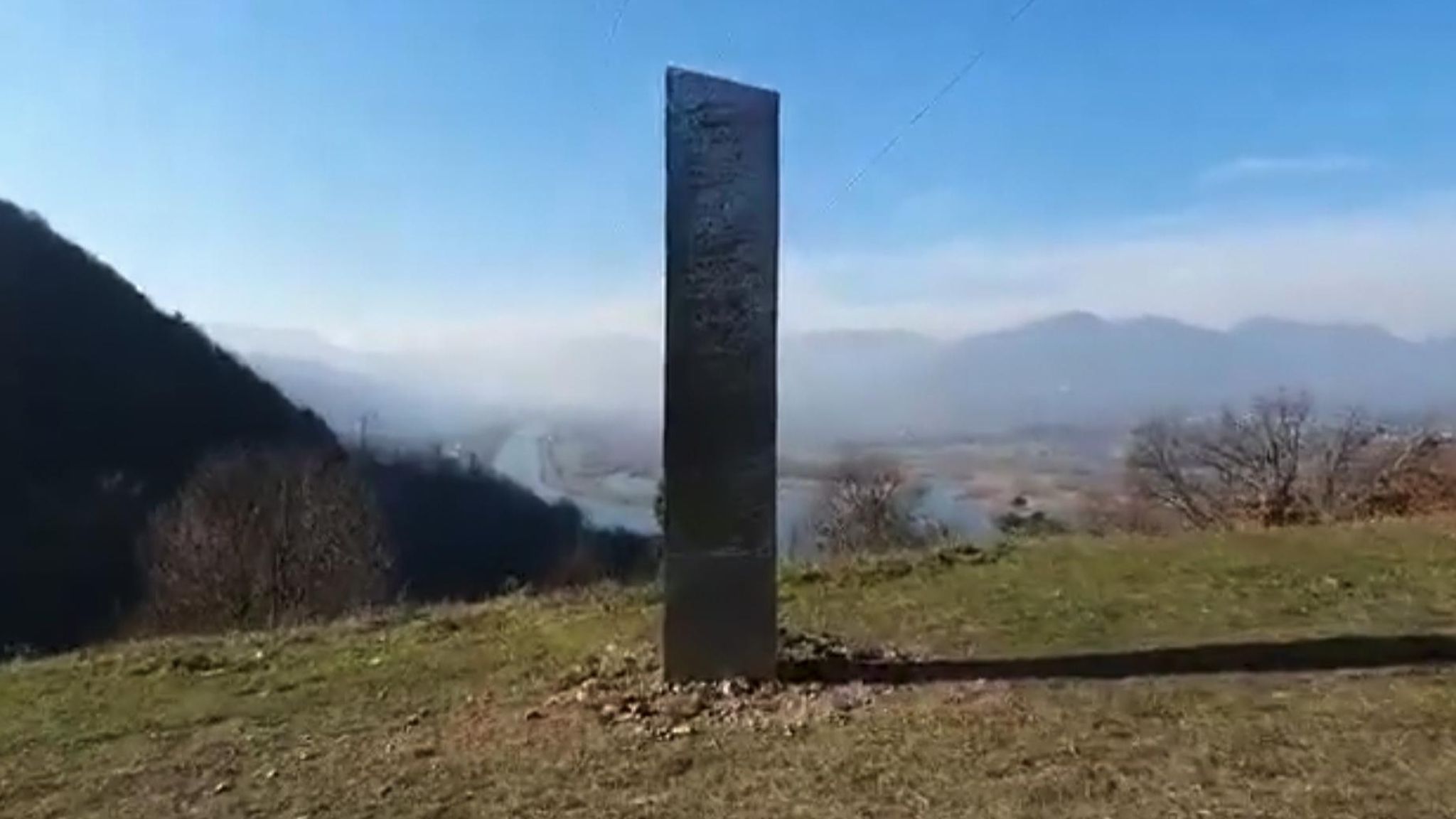 A duplicate object found near the Petrodava Dacian Fortress appeared immediately after the first monolith disappeared. Found on the other side of the World. Coincidence? Or freaky transportation?

And then… Another one appears!

Reporting December 3rd, another monolith has appeared in Southern California, on a hiking trail in Atascadero. Located on top of Pine Mountain, this one is not attached to the ground. Is it the same monolith? 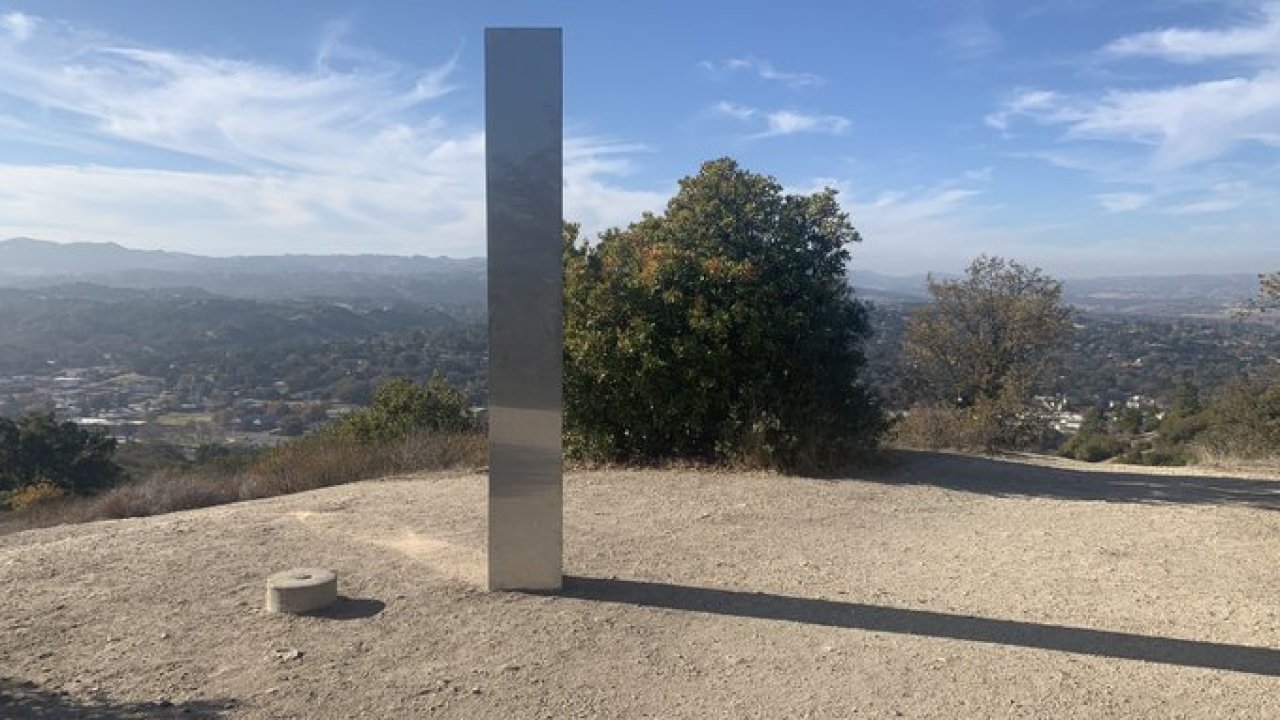 Are we being pranked?

Or something even worse?

I know who the creator is.

The origin and whereabouts are quite common, in fact…

It’s something we’re all familiar with…

The inventor, the sculptor of this object, is none other than… 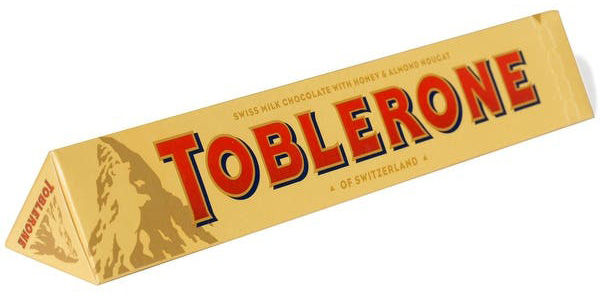 A monument to honor the great…

Unless there’s one huge chocolate eating alien out there…

And then, we’re all doomed.

Better get your fill while you can…