Home Bizarre SLEEP WITH THE SHARKS IN THIS HOTEL
BizarrePlacesTravel

SLEEP WITH THE SHARKS IN THIS HOTEL 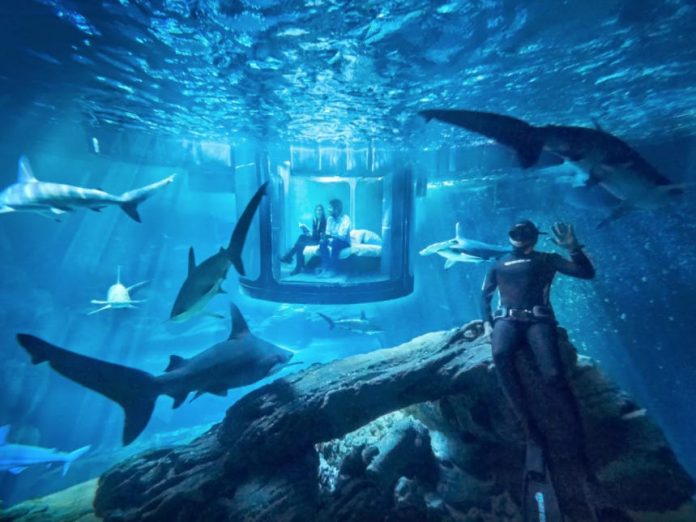 Now this is a shark tank.

It’s a villa that floats in the water and allows guests a spectacular and scary view under the sea.

Granted, there are many ocean hotels sprouting up like this, but this particular one in Paris, France, called the Shark Aquarium, has to be one of the coolest.

It’s a 360° glass observatory, that lets occupants the chance to see sharks up close. Just imagine submerging into the depths for a night to view these large man-eating sharks. 36 of them. All behind 10″ thick glass… But still, I’ve seen Snarknado (#ad), and I don’t think a window would really hold them, would they?