Home Bizarre SHE WOKE UP IN A GRAVEYARD
BizarrePeoplePlacesScary

SHE WOKE UP IN A GRAVEYARD 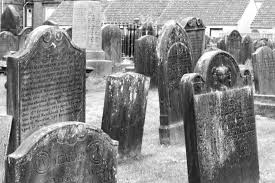 Octavia Smith Hatcher went through a horrible depression after her son died in 1891 (yes, I’m going back that far).

She was bedridden due to illness, and fell into a deep sound coma. They quickly pronounced her dead of unknown causes, dug a plot, and dropped her into the ground.

But many of other townspeople got ill too. Some weird illness that spread far and near. And within a week, not only did some slip into a coma, like Octavia, but some actually began to wake back up from them too.

Confused, the Octavia’s husband began to fear the worst, that he had buried his wife prematurely. Could she be alive? They exhumed her grave, and found his fears to be true. She was buried alive. The evidence was clear. There were scratch marks on the coffin lid, the lining was torn apart. One week too late.