Home Food HOW MANY TWINKIES CAN YOU EAT IN A MINUTE?
Food

HOW MANY TWINKIES CAN YOU EAT IN A MINUTE? 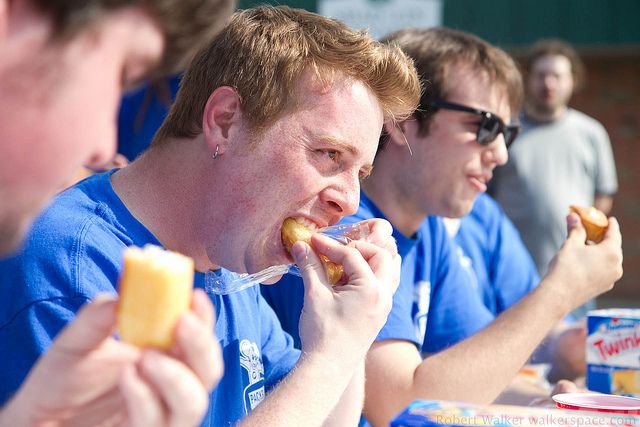 Yes, it’s Twinkies. The American snack cake, described as “golden sponge cake with a creamy filling”. It was formerly made and distributed by Hostess Brands. The brand is now owned by Hostess Brands, Inc. During bankruptcy proceedings, Twinkie production was suspended on November 21, 2012, and resumed after an absence of ten months from American store shelves, becoming available again on July 15, 2013.

And as soon as they started back up…

People ate TONS of them.

But the question remains:

How many can you eat in a minute?

There is a world’s record…

The current official world record for most Twinkies eaten in 1 minute is 14 Twinkies, a record set by competitive eater Takeru Kobayashi.

And interestingly enough… it takes about 45 seconds to explode a Twinkie in a microwave. In case you wondered.