Home Animals WHAT HAPPENED TO THE MURDER HORNETS?
AnimalsScary

WHAT HAPPENED TO THE MURDER HORNETS? 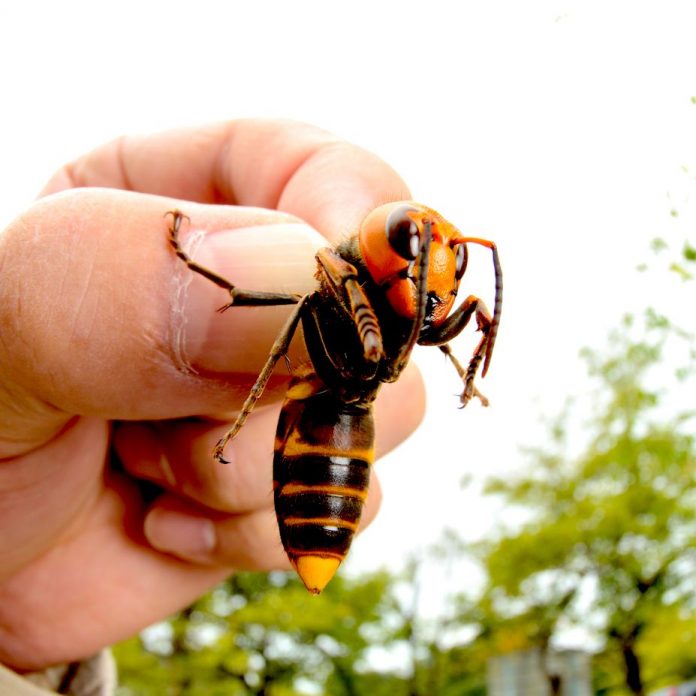 They’re not gone! Not by a long shot!

Murder hornets were all the craze this Summer… Right as COVID hit, so did MURDER HORNETS.

They spread through the papers and magazines like they spread across the country.

New sightings appeared South, some were spotted in Washington state. We were all DOOMED! A plague upon us.

And then, just as quickly, the murder hornets died… Well, died down in news.

They never went away, they’re still flying about, just the media shifted and other things came into view.

But right now, an insect specialist says, “They are strong fliers so they can spread very far distances if they want to. The biggest risk to humans would be if you stepped in a nest and were stung multiple times, and they nest in the ground, so it’s easier to miss.”

Right now, traps and tagging is happening. Following where their nests are built will help extinguish the species for good.

4 more confirmed sightings, with the official name of Asian giant hornets, have been spotted in Washington, including a dead queen found in a cluster in May. More hornets were found in British Columbia.

So keep your eyes open, for you never know when a Murder Hornet will buzz by your ear.

Let’s only hope it’s searching for honey, and not potatoes.