OKAY, WHO STOLE THE MONTAUK MONSTER? 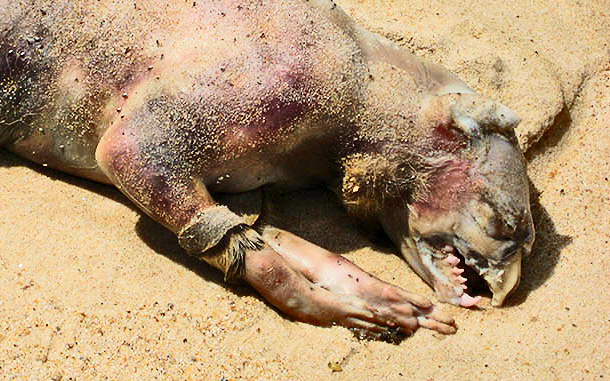 The monster was dead. Where did it go?

Someone stole it… But who?

The “monster” I’m referring about, is a beast that washed up on shore in New York. An animal carcass near the business district of Montauk, New York, in July 2008.

A newspaper, The Independent, reported it, saying that Jenna Hewitt and her 3 friends came upon the monster on Ditch Plains Beach, and snapped this photo shown below: 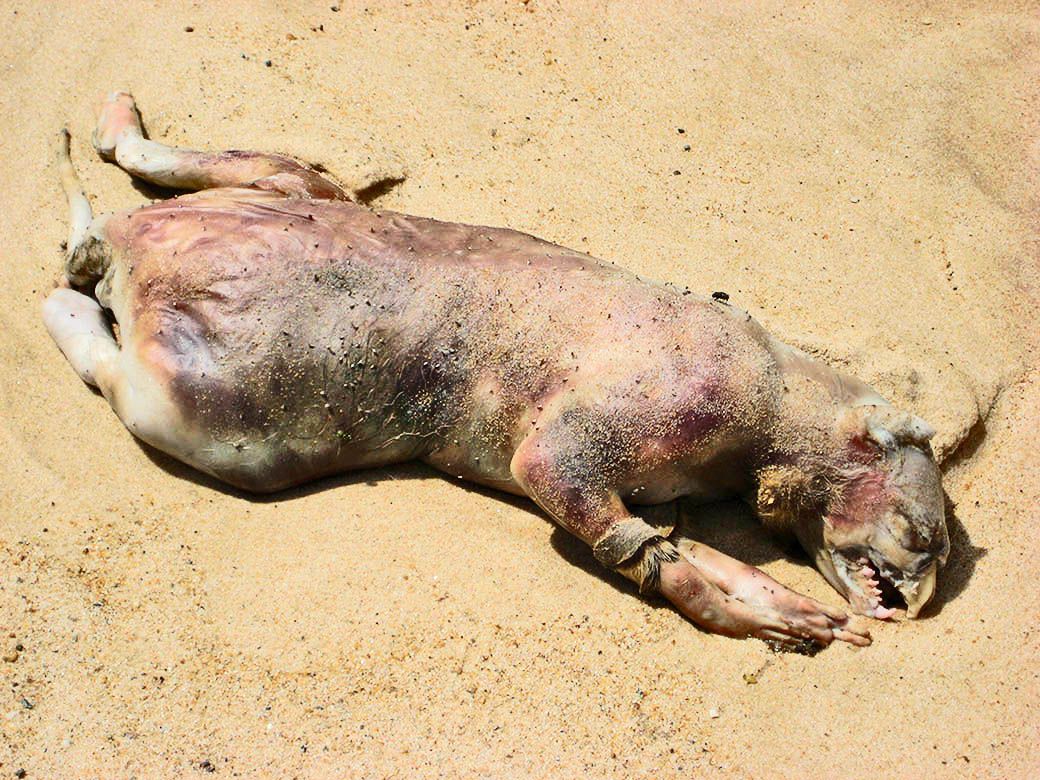 The paper called it “The Hound of Bonacville” (a pun mixing East Hampton Bonackers, and The Hound of the Baskervilles).

Jenna said, “We were looking for a place to sit when we saw some people looking at something. We didn’t know what it was. We joked that maybe it was something from Plum Island.”

The monster looked like a hybrid of a turtle, raccoon, cat, dog, rodent, or some science experiment from the Plum Island Animal Disease Center nearby.

Either way, it was missing it’s upper jaw.

But what’s more bizarre is the fact that this unidentified animal went missing. It disappeared from the beach and no one knows where it went. Some speculate that it was buried, stolen, or kept from the press.

Hewitt said, “A guy took it and put it in the woods in his backyard”, but would not say who or where.

Why keep it a secret? Why hide it? Who has it? Was it cooked on the BBQ?

Not even Ancient Aliens knows, and they know everything.

This Monster was featured on the second episode of the third season, titled “Aliens and Monsters”.

Without the body, or DNA, no one will ever know. The image surely looks like a mix of many animals, almost mythological, like the Pegasus, Griffin, Chimera, or Wolpertinger (don’t ask)…

But one day, someone, somehow, will come forward and spill the beans. Or the body. And science will surely know.

So have you seen the Montauk Monster?

Maybe only in your nightmares.

It's Martin Joe Laurello, and he was known as the human owl. For he could turn his head 180 degrees, from the front, to...
Read more