Home Celebrities 1917, ONE OF THE BEST MOVIES YOU'LL EVER SEE... HERE'S WHY:
CelebritiesEntertainment

1917. I just saw the movie tonight… I picked it up on Blu-Ray a while ago. I wanted to see it because I had heard of the incredible one-shot scene at the end of the movie, where, in the trailer, the character is running down the battlefield as war ensues behind him… 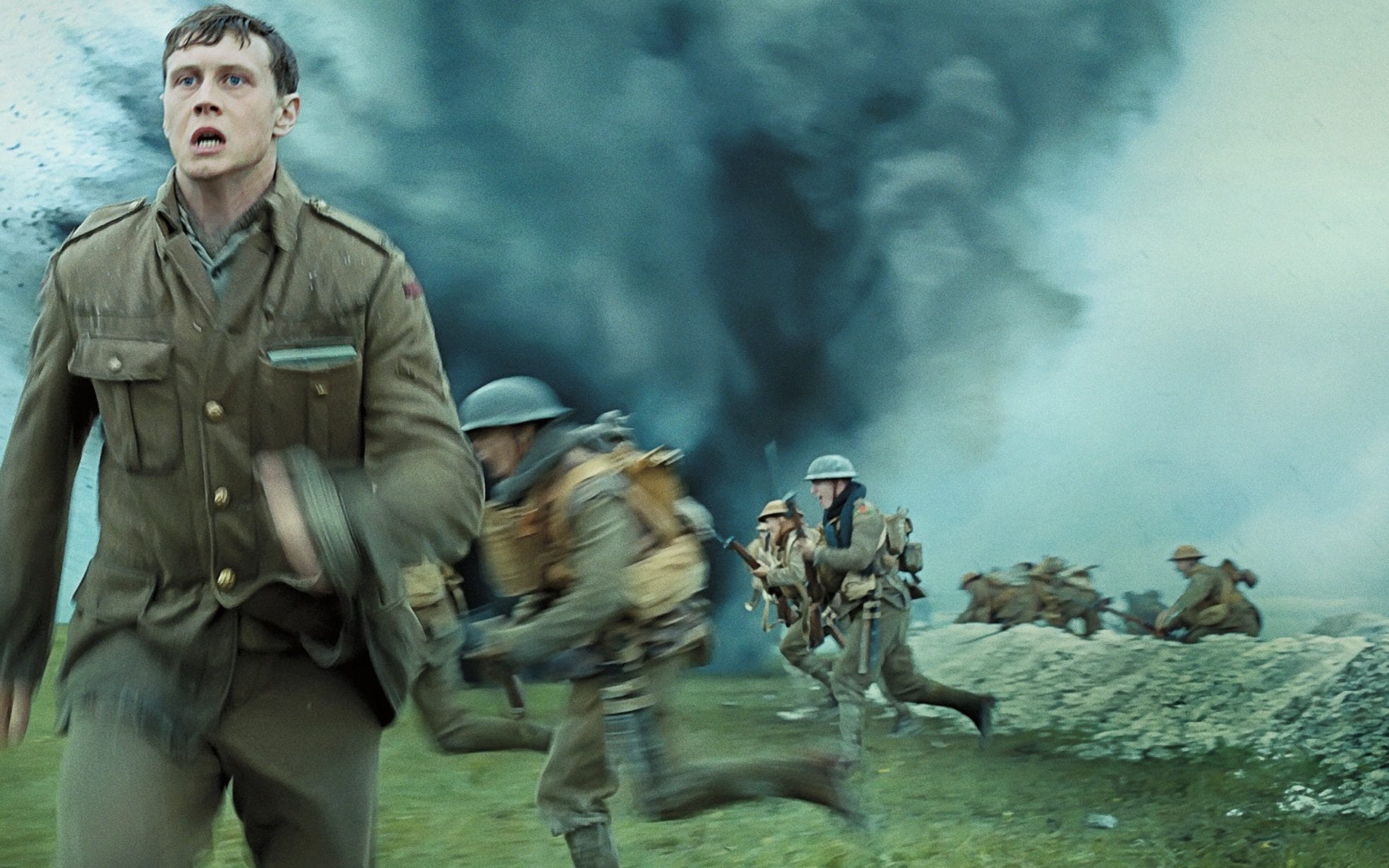 But it’s way more than that.

You see… Long about 24 minutes into the movie, I suddenly realized… There aren’t any cut scenes. AT ALL! NONE! The movie doesn’t cut, it doesn’t swap cameras, it doesn’t swap perspectives… The camera follows these 2 men (George MacKay as Lance Corporal Schofield, and Dean-Charles Chapman as Lance Corporal Blake), and these two men only, step by step, on their journey to deliver a top secret message. 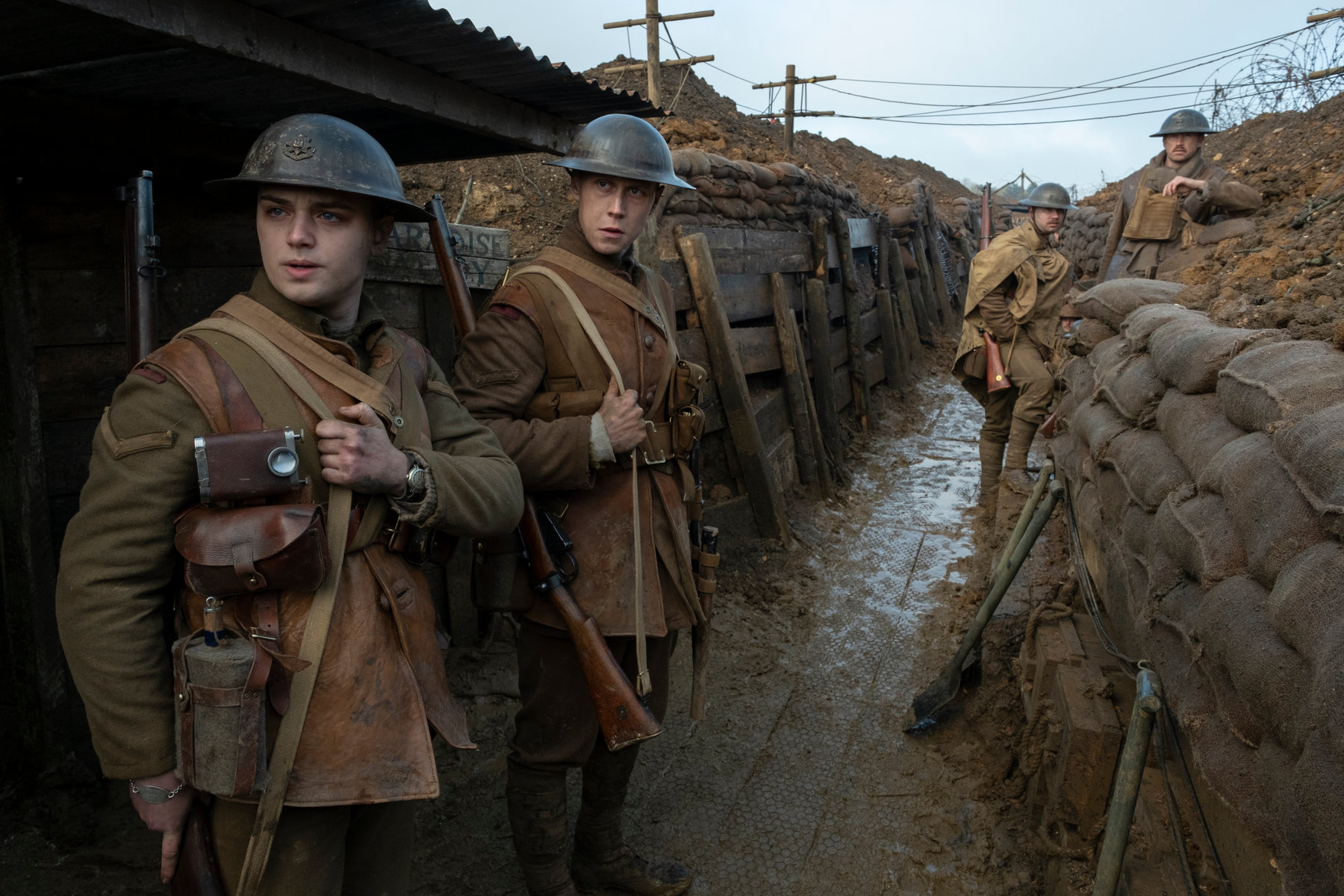 But what this movie gives you is beyond words.

There are no cutaways, no next mornings, no flashbacks, no week laters, no shifting to other scenes, times, or characters… The movie takes place in one continuous shot, without stopping, from start to finish. It’s incredible to watch. You follow these men through the mile long trenches, across no man’s land, into enemy territory, and you feel every heartbeat, every breath, every gunshot. 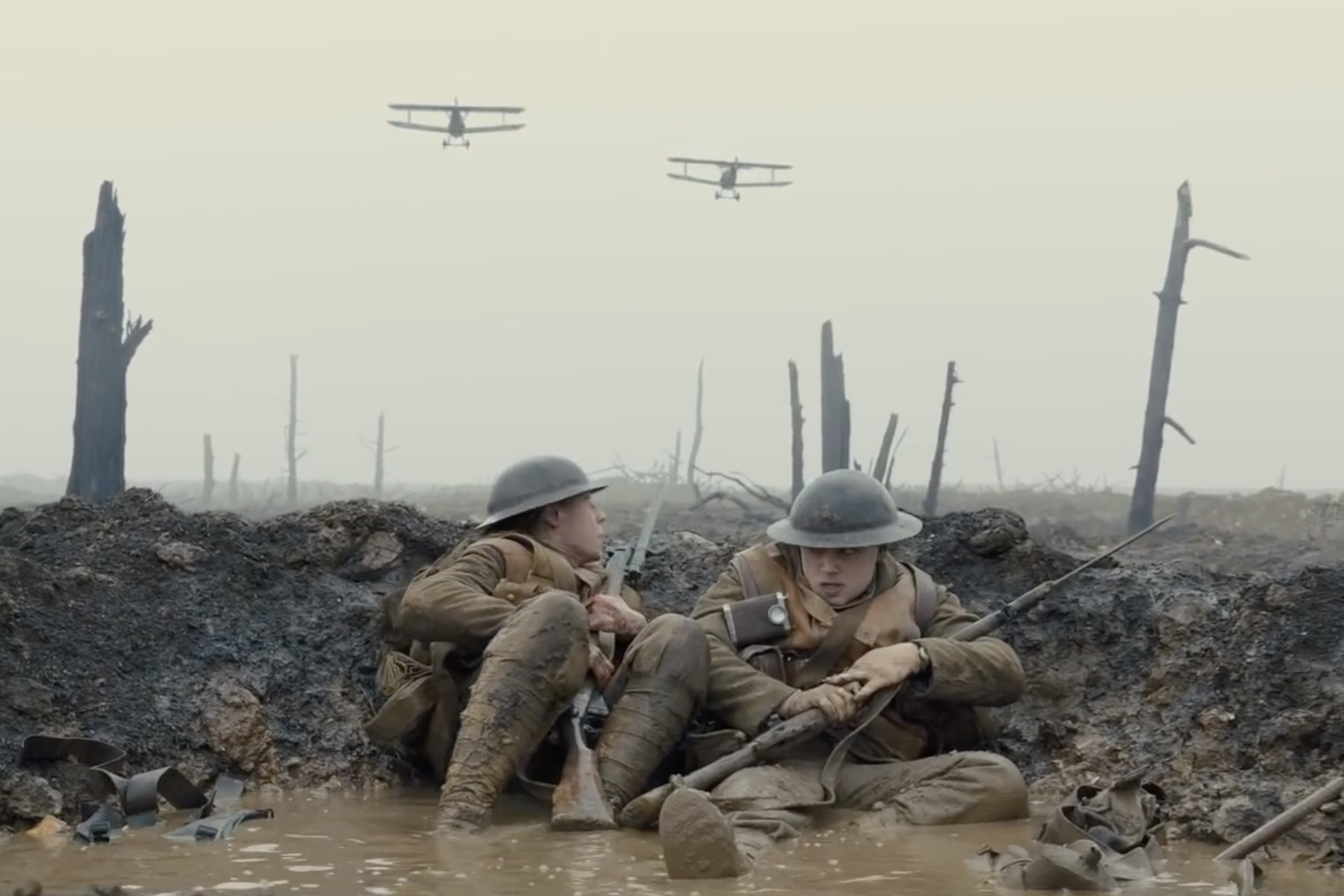 It’s all meticulously thought out. Insanely intense. The script and scenery timed to the T. Their dialog fits exactly where it needs to fit. The acting spot on. The sets, the explosions, the drama… All perfectly executed. The details, the cherry blossoms, the dead bodies… It’s all so real and raw. 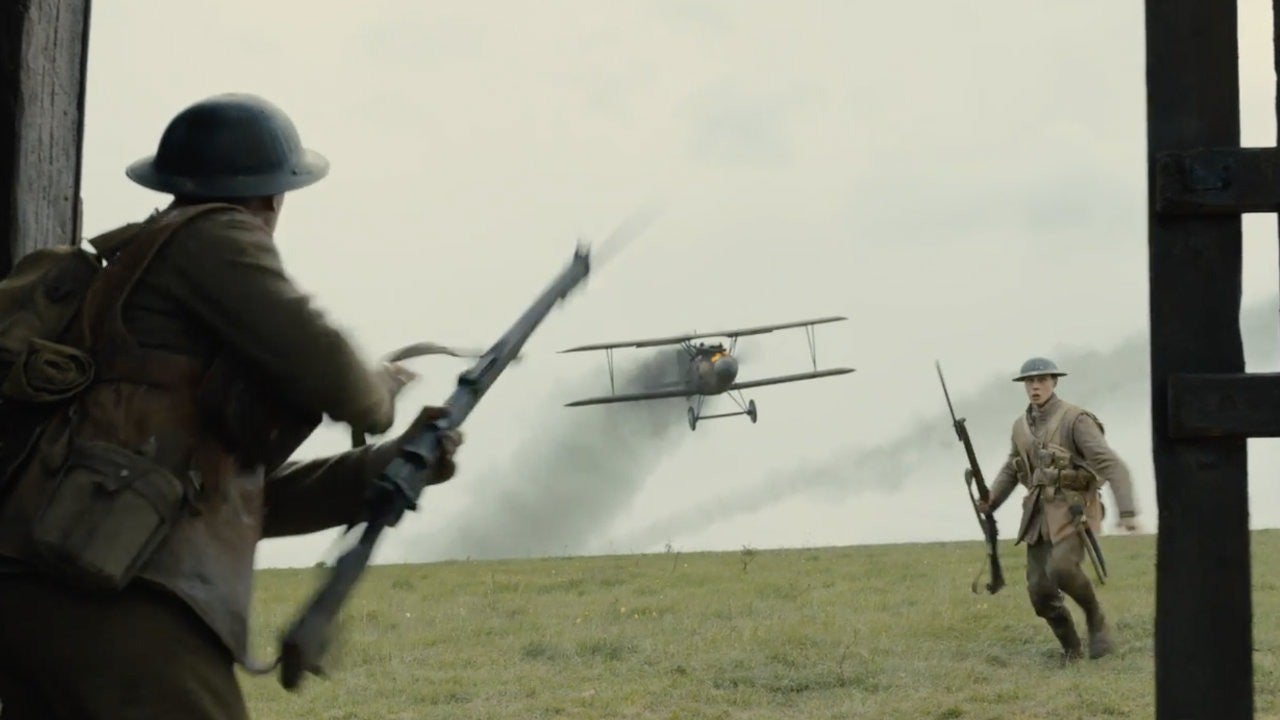 Only once, during the entire movie, did they pause the pace, all because the main character passed out. And when he awoke, the action began again, fast paced, like you never left his side for a second.

The camera follows behind, in front of, circles around the boys, rises high into the air above their heads, then dives down an inch above the muddy waters as they move along putting you into their POV and into the war zone. 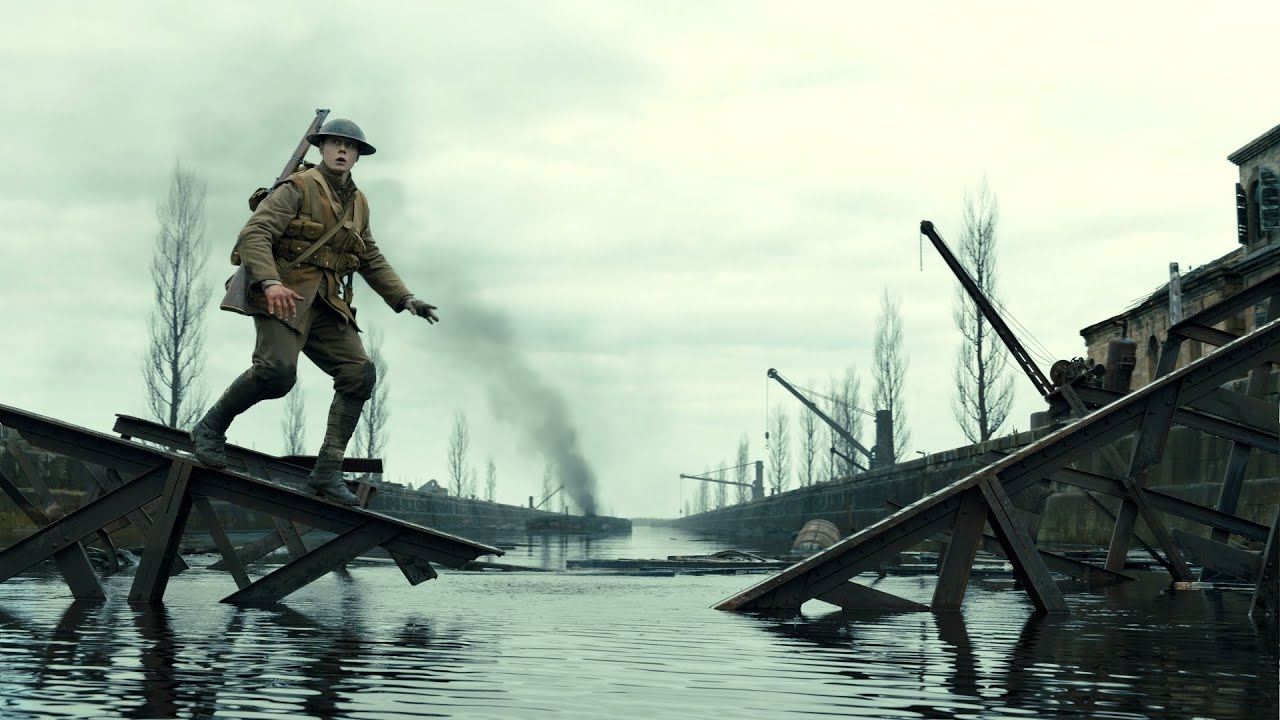 You truly feel like you’re part of the action, as it’s happening. And this is one journey that everyone should take.

If you haven’t seen this movie…

WATCH IT! It will blow your mind. 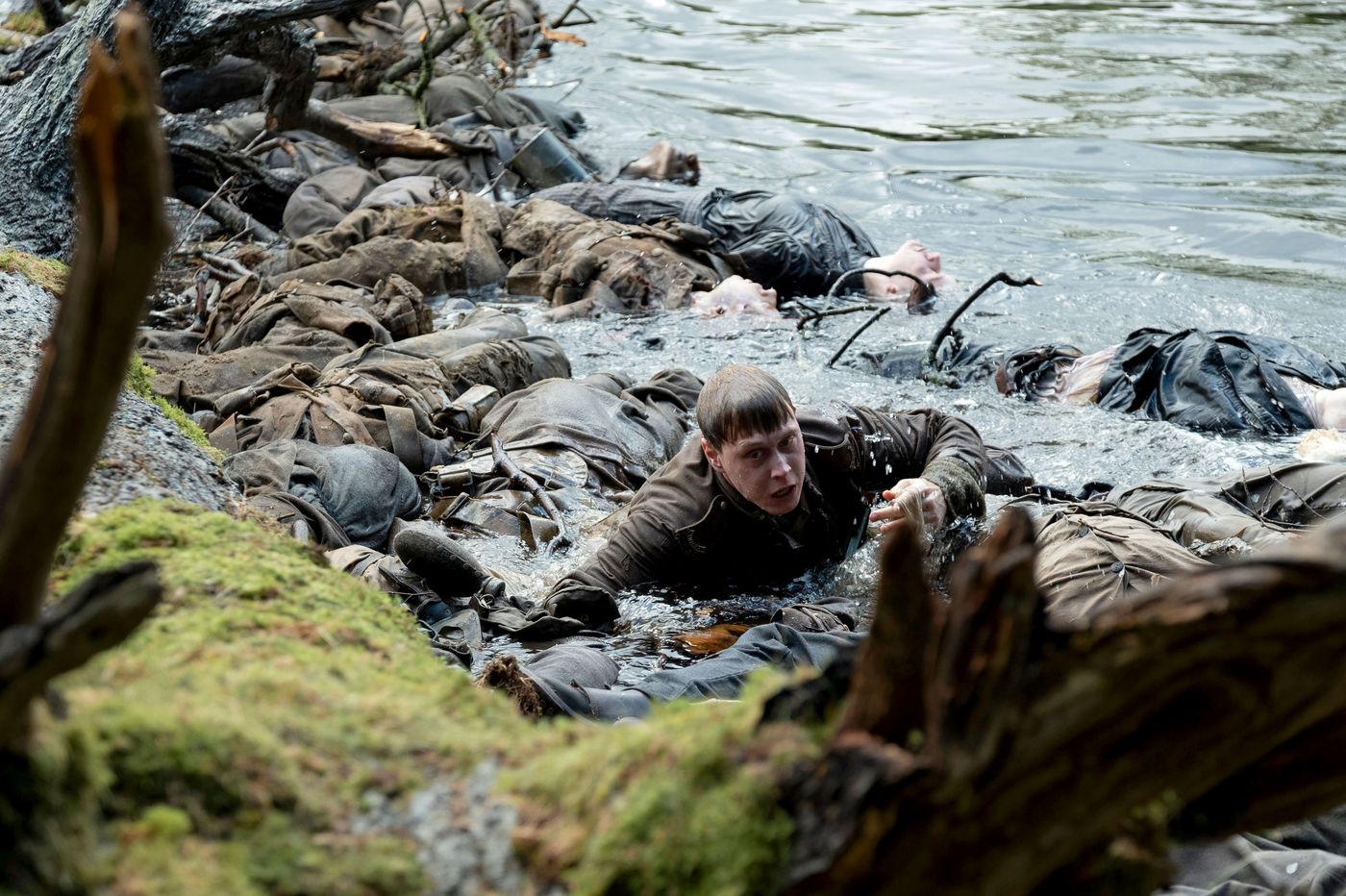 1917 is riveting, striking, haunting, and captivating. You’ll feel this in your gut, and in your heart.

I hope that more directors will incorporate this one-scene mentality, because it is visually stunning. 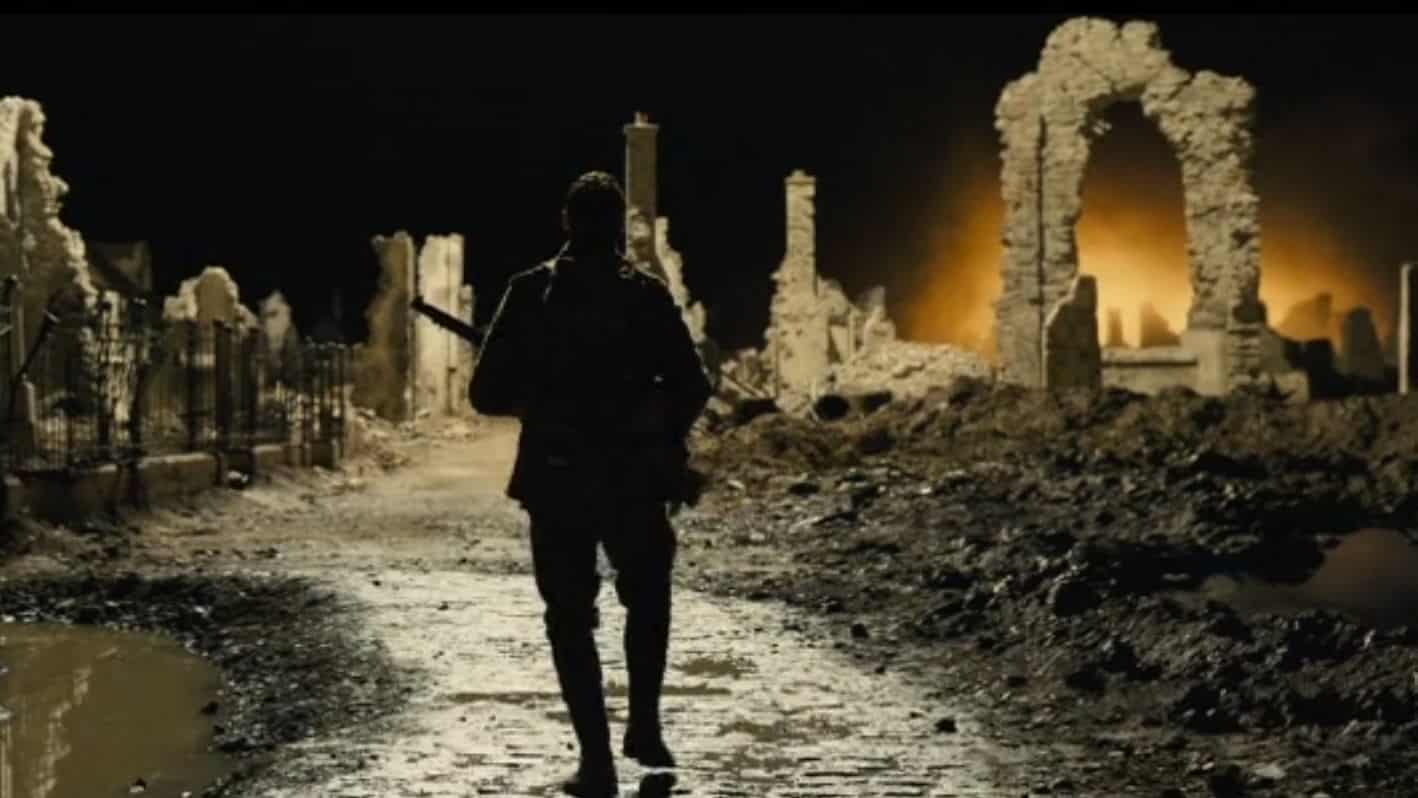 Hats off to all of the actors and producers (Sam Mendes), and the thousands of dedicated people it took to bring this movie to life (and the $90 million dollar budget), it deserves every single award it wins.

Watch the official trailer below:

Seriously… That’s ONE SHOT! One single shot. I still can’t believe it.

Pick this movie up on Amazon (#ad). You won’t regret it.

EPIC! WOW! It's death defying dives, a champion for belly flops. Some go long, some go hard, but all go belly up. Watch the exciting championship for diving, and cringe on the way down.
Read more
Costumes