WHAT CHOCOLATE DID JEFFREY DAHMER MAKE? 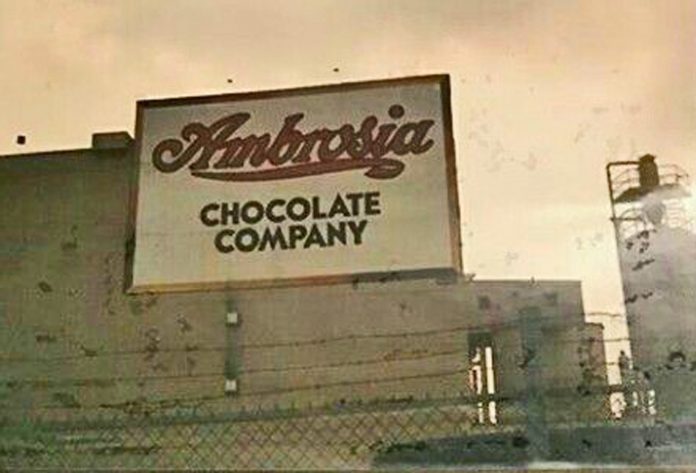 We all know Jeffrey Dahmer was a serial killer (also called the Milwaukee Cannibal or the Milwaukee Monster) from the 90’s. He killed 17 men…

Most of us also know that Dahmer worked in a chocolate factory called the Ambrosia Chocolate Company (pictured above).

But do you know which chocolates Dahmer made while working at the factory?

You may be surprised…

He made them all.

You see, Jeffrey Dahmer was a Phlebotomist, a mixer at a chocolate factory. Meaning, he made the soft, gooey, chocolate batter that created each and every luscious bite.

After Dahmer was arrested in 1991, the chocolate factory received unwanted attention… Especially after Dahmer revealed that he had kept a skull in his locker there as a keepsake of one of his murders.

Dahmer was sentenced to prison, and died 3 years later, on November 28, 1994. The chocolates still live on today (#ad)!